Prehistoric humans may have led harsh lifestyles, but at least one aspect of their nomadic existence could be deemed enviable by modern societies: they were largely pest-free.

As our ancestors settled down, civilizations thrived based on agricultural surplus. Stored produce and the comfort of our dwellings have ever since proven to be an irresistible attraction to vermin.

Our need for pest control is thousands of years old. But our methods, when not rooted in superstition and pseudoscience, have typically been inefficient or else incurred undesirable side effects.

However, advances in science, together with a growing concern for environmental considerations, have changed that. As a result, developments in this field are increasingly becoming more targeted and effective.

Any company seeking to comply with regulations, or households looking to keep vermin under control without harming the planet, can now turn to these innovative green pest control practices.

Insects aren’t the only group of pest species, but they represent a sizable number of the most persistent, widespread, and destructive critters.

Complicating the problem, many common insecticides have an indiscriminate effect on other insects. This is bad news for pollinators, such as bees and butterflies, that are beneficial to the ecosystem. It’s also counter-productive when such chemicals affect insect predators, like wasps, that help keep pest populations in check.

One type of solution that scientists are working on involves using bio-rational products: materials that have minimal impact on the environment.

Certain scents have long been used to help repel pests. Citronella and tea tree oil, for example, drive away a lot of bugs. But scientists are now synthesizing specific scents to effectively hack the behavior of specific insects.

You can now shop for mosquito attractants that mimic the smell of human skin, drawing them onto a trap and away from your body. On an agricultural level, pheromones are being deployed to disrupt the mating patterns of pests such as boll weevils, rice borers, and various fruit moths.

Because these tactics are highly targeted, and the pheromones themselves are harmless to other species, they are an excellent way to keep specific pests in check. 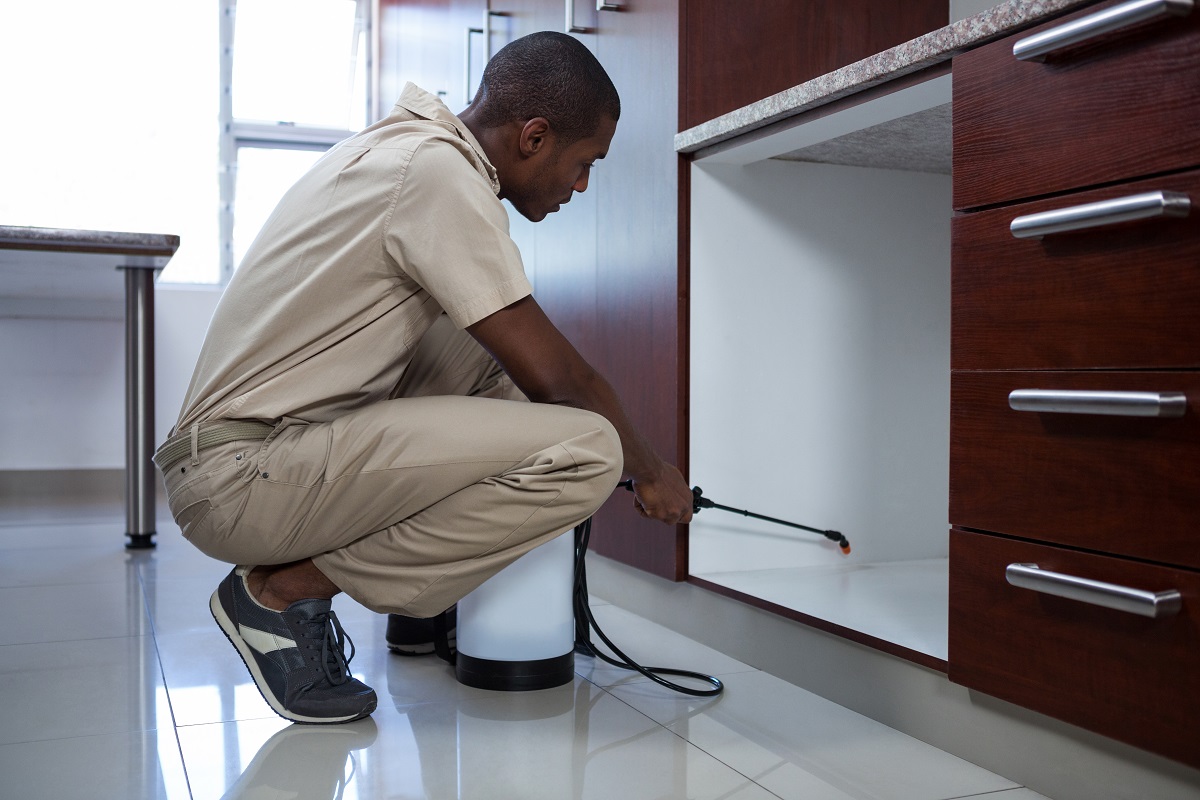 Most forms of pest control are aimed at controlling local vermin infestation. Yet some scientists have a more ambitious goal. Through gene editing, they seek to bring an end to the population of an entire pest species.

The process of gene editing can be likened to inserting a cassette into the genetic code of an individual organism. This cassette contains a sequence of genetic material that will manifest the desired trait, from the human perspective, in subsequent generations.

Such traits might include male- or female-only malfunction in reproduction, which could, in theory, lead to the eventual extinction of the species. Alternatively, traits could remove the species’ ability to function as a vector for harmful disease.

Gene editing has been used in the past, but mostly for the production of genetically modified crops optimized for agronomic purposes. There has been resistance to such GMOs, in large part coming from a knee-jerk reaction to the idea of eating something unnatural.

With gene-editing targeting the pest themselves, that’s not a concern. However, scientists are likely to proceed with caution on this front, as the potential ecological impact of a species’ extinction needs to be studied carefully.

As the saying goes, an ounce of prevention is worth a pound of cure. Few pests actually spread in swarms, like locusts. Most of them invade our fields and structures with a few individuals that proceed to breed rapidly, creating an infestation.

On this front, new technology is being developed to help detect pests in their hiding places.

At the Stevens Institute of Technology, a system combining vibration sensors, AI, and a library of vibro-acoustic insect recordings has been effective at wood-boring insect detection. Simply by strapping the sensors around trees, the researchers could pinpoint which ones harbored pest larvae. The method has proven non-invasive, capable of finding larvae even without external signs of infection, and cost-effective.

Another form of technology that can be used to detect lurking pests is infrared. Professional inspectors use IR cameras to capture unusual signs of heat or moisture, which stand out in the otherwise thermo-regulated indoor environment of buildings.

We may not be completely rid of pests soon, but using these technologies, you can beat back specific threats at various scales. And you won’t have to worry about hurting other species or polluting the environment, either.