At some point, it will become harder and harder to recover from a night of heavy drinking. In your youth, you might have found it easy to roll out of bed on an early Monday morning after spending Saturday and Sunday night downing bottles of alcohol. However, by the time you are 30, you will notice the headache and stomachache associated with a hangover to be increasingly intolerable.

The Curious Case of Hangovers

Everyone knows what a hangover feels like. It comes with headaches, loss of appetite, nausea and vomiting, fatigue, and the overall feeling of being unwell. The medical term for it is “veisalgia” based on the Norwegian word “kveis,” meaning “the uneasy feeling after debauchery.”

Experts still do not entirely understand hangovers, but several factors lead to their severity. People of East Asian descent, for example, have a mutation that causes them to ineffectively break down alcohol, causing alcohol flushes and bad hangovers. Some people seem to be resistant to hangovers.

Some believe that hangovers happen because the liver cannot keep up with the amount of alcohol consumed.

It is an efficient process, but the liver can only metabolize one drink per hour. Some acetaldehyde does not turn into acetate if you are drinking heavily and faster than your liver can metabolize. Eventually, the amount of acetaldehyde builds up and is released into the bloodstream. Scientists think this is the reason why you feel awful after drinking.

The Link Between Worse Hangovers and Age

There have been a lot of studies conducted about drinking, but not on hangovers. There is no substantial data, therefore, to prove that age makes hangovers worse.

However, a researcher from South Korea investigated the phenomenon. Young Chul Kim and his team observed the efficiency of the body’s ability to break down alcohol in aging rats. He theorized that liver capacity is one factor that leads to worse hangovers in old age. The capacity of the liver to manage the toxicity of acetaldehyde, which is up to 30 times more toxic than alcohol, decreases with time.

Another possible factor is the antioxidant called glutathione, which is also involved in detoxifying acetaldehyde in the liver. As the body grows older, the natural production of glutathione declines. 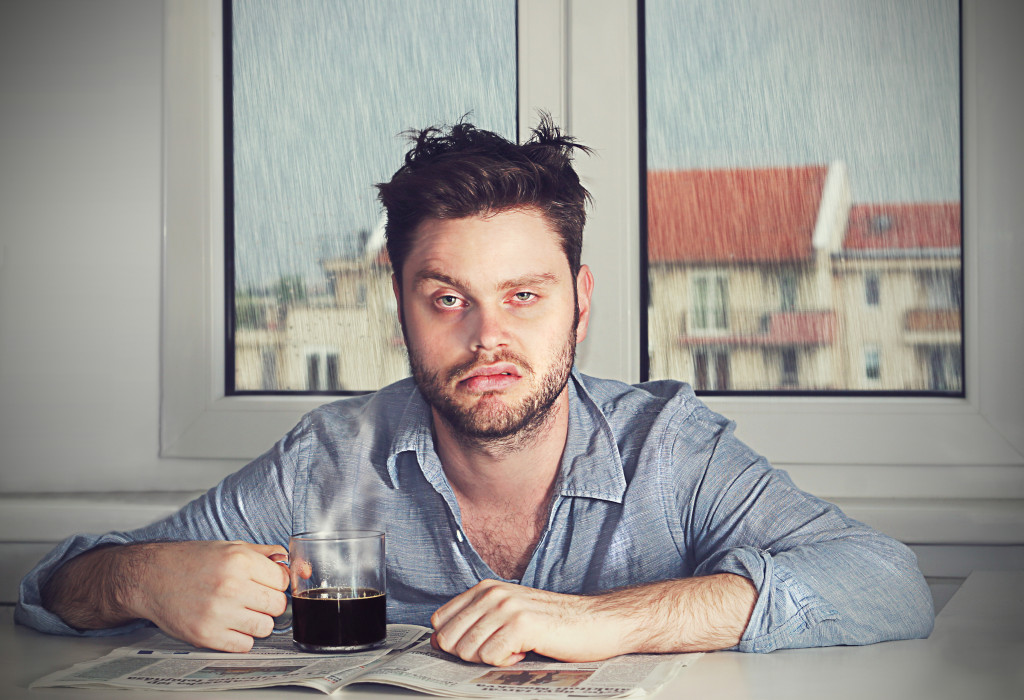 The National Institute of Alcohol Abuse and Alcoholism also explained that young bodies are more resilient to toxic things, including alcohol. However, as they mature, they lose pliability.

Older adults are also more likely to have existing health conditions and medications for it, both of which can mix with alcohol and decrease tolerance. People with hepatitis C, for example, cannot clear alcohol from their system.

In addition, body fat plays a role in alcohol tolerance. Alcohol is distributed in the parts of the body that have water. If the body has a lower water-to-body fat ratio, the alcohol will reach the organ.

If you are older and experiencing worse and worse hangovers, you will need some help to recover. Start by sipping a bottle of water. Alcohol is a diuretic which means that it makes you pee more often. If you are not replenishing the lost liquid, you will become dehydrated. Dehydration causes headaches, drowsiness, fatigue, irritability, and confusion.

While you may not want to eat because your tummy feels uneasy, you should have a snack. A bland toast will boost your blood sugar and give you energy. However, you still need to add nutrients to your body.

Mobile intravenous (IV) vitamin therapy services like Cure Wellness offer hydration drips that replenish lost liquid and give you a dose of vital nutrients necessary for your quick recovery from a hangover. Moreover, the drips contain glutathione that repairs and optimizes your liver.

In addition, if you can, just stay in bed and let your body recuperate. Another several hours of sleep will ease the symptoms of a hangover. By the time you wake up, you will feel refreshed and ready to face your responsibilities.

Age is not just a number when it comes to alcohol consumption and hangovers. As you grow older, waking up after binge drinking will become more excruciating year per year. There is still not much known about the phenomenon, but it has been a long-established fact that the body goes through changes with time.

Instead of continuing to binge alcohol, as you grow older, you will need to slow down and, eventually, maybe quit drinking altogether for your health.