Since the pandemic, the gaming industry has seen one of its biggest numbers yet in history. As more and more people are turning to digital and virtual worlds to get by, big names in the gaming industry have taken full advantage of it and created new technology to keep up with the ever-rising demands.

Now, as a new year is set to begin, the gaming industry is predicted to continue its momentous rise with even more new trends and innovations. Here are some of the top video game trends that are sure to take the world by storm.

The rise of indie

For a long time, indie games, or games that have been made by independent studios consisting of small teams of people, have struggled to find a spotlight or gain the same recognition that big franchise names have. But the same can no longer be said in today’s scene. Before, indie games were often relegated to more niche audiences. Now they enjoy the same perks and recognition as any triple-A game studio.

Games like InnerSloth’s Among Us, Supergiant’s Hades, and Media Tonic’s Fall Guys, all indie games developed by a small-scale team, have become increasingly popular due in part to their accessibility, gameplay, and their ability to make the most out of a smaller budget.

Among Us and Hades, in particular, have seen a rapid increase in sales and interest since its introduction. The former quickly became an international hit, while the latter was recently nominated for multiple awards, including Game of the Year, in 2020’s Game Awards.

Indeed, indie games have started to see a renaissance of sorts that puts indie creators and small studios in the spotlight with the rest. With the value of indie games on the rise, the industry can only continue to flourish.

A new generation of consoles

The latest generation of video game consoles began with Sony’s Playstation 5 and Microsoft’s Xbox Series S and X. This new generation boasts an upgraded computation and graphics processor, real-time ray tracing graphics, and support for in-game streaming, among other things. Sony and Microsoft are starting this new generation strong, with PS5 units selling out in a matter of minutes during its initial release and many retailers and consumers alike still waiting for a restock.

As of now, Nintendo has yet to announce any news on next-gen consoles. However, given the success of the Nintendo Switch, it wouldn’t be unfounded to say that Nintendo has been resting on its laurels for a while now. Even though it technically belongs to the previous generation, the Switch still manages to hold up well against its modern competitors, with sales still going strong and Nintendo continually upgrading and churning out new models, such as the Lite and the OLED models.

Suffice it to say, a new generation of consoles means more innovations and upgrades, the likes of which we can only imagine for now.

The growing appeal of mobile games

As a whole, mobile gaming appeals to a bigger audience than console or PC gaming due to its ready accessibility and, for the most part, being free. When Among Us was released on mobile free of charge, it became a hit even among people who didn’t consider themselves gamers.

Similarly, Genshin Impact, one of the biggest games of 2020 and 2021, owes a big part of its success to its mobile players. However, it’s completely free to play (except for a few in-app purchases) could be attributed to its success.

Gacha games offer micro-transactions where players can exchange in-game or real-life currency for characters, items, and other in-game valuables. They have become the norm for many mobile games. It should come as no surprise then that many developers now see mobile gaming as a viable platform in itself. 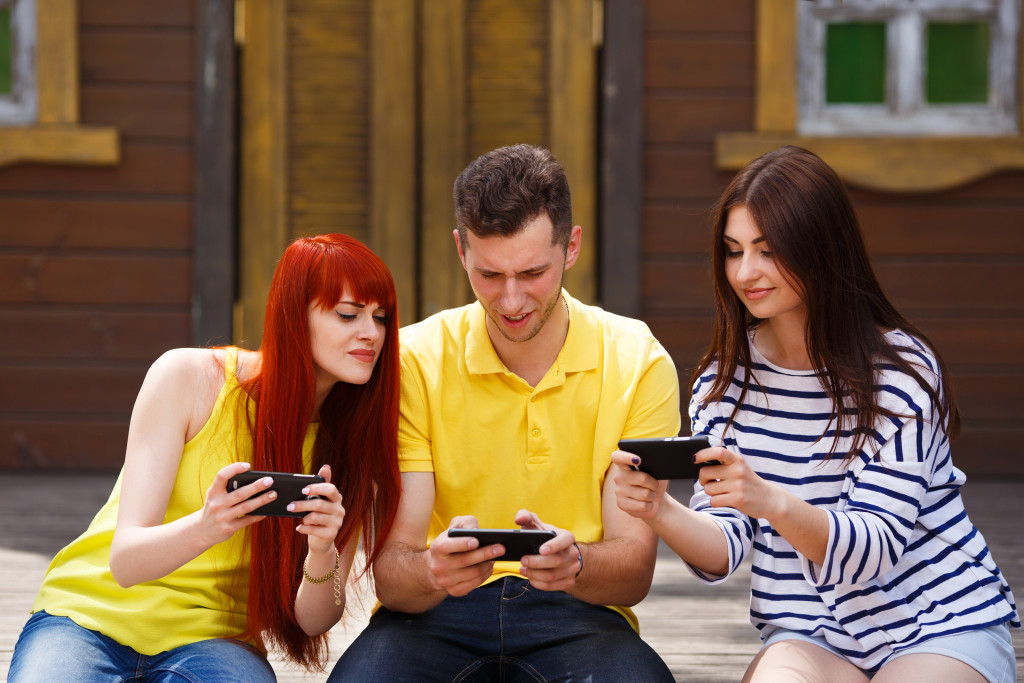 Another gaming platform that has seen a considerable rise is cloud gaming. Cloud gaming or gaming-as-a-software allows players to stream games, similar to streaming movies or TV shows, as long as they have a high-speed internet connection. It bypasses the need to buy and download games onto various devices. It offers an entirely new way to play games and brings them to an even bigger audience than mobile gaming does.

In recent years, many game developers have taken advantage of the new technology that’s now being offered and making remakes and remasters of old games with upgraded HD graphics, stories, and gameplay.

Final Fantasy VII Remake, for example, saw the beloved fan-favorite of Square Enix’s franchise rendered in exquisite 3D. It had new gameplay, story details, and a complete overhaul from its humble origins as a first-generation Playstation title. Other remakes or remasters that have seen considerable success are Legend of Zelda: Link’s Awakening and Capcom’s Resident Evil series.

Old games that never got to shine due to their outdated systems, consoles, or graphics are now being polished, made anew, and brought to wider audiences through the act of remastering. With many gamers eager for the nostalgia factor and to see their favorites given the all-star treatment, we might see an influx of new old games in the future.

The return of MMOs

Massively multiplayer role-playing games, or MMORPGs, saw a steady decline after the 2010s, with games like World of Warcraft dominating the scene yet also heralding the downfall of MMOs themselves. It wasn’t until the success of Final Fantasy XIV Online: A Realm Reborn, the revamped and improved version of the now-defunct original FFXIV Online, that MMOs started to gain a more steady foothold in the gaming industry.

It’s safe to say that MMOs have seen a comeback in recent years. It’s phenomenal, with FFXIV becoming a success, with an expanding user base that seems to be growing. This is perhaps because of its expanded free trial that covers a mind-bogglingly massive amount of the story and gameplay for no charge.

Undoubtedly, many creators and developers will be looking to emulate the success of FFXIV. They might give in to the demand for more quality MMOs like it in the future.

As the accessibility of video games grows, so does its fan base. Although the video game industry continues to be dominated by men, many women and people of other gender identities still form a significant amount of the gaming industry’s audience. As such, there have been many calls for the representation of minorities in video games.

The gaming industry has answered by introducing more female protagonists with active roles, more character customization options to include a diverse set, and more varied stories in general. This highlights different cultures and places instead of the monotony of traditional stories.

If the demand for more representation and diversity in video games keeps up, we could soon be seeing one of the most diverse generations of games in history.

The gaming industry is evolving and changing rapidly; it can be hard to keep up. It shouldn’t come as a surprise that so many new technology and changes have been made in only the span of a few years. Many more are predicted to happen in the future.